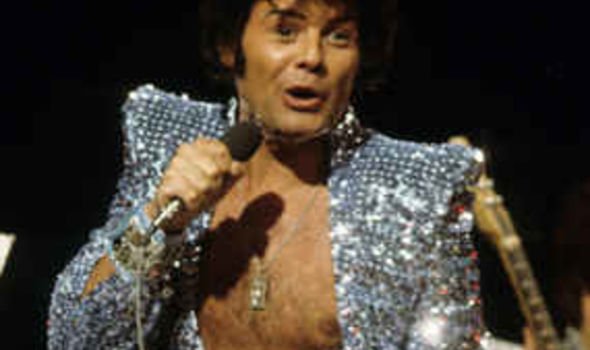 At the high point of his career Gary Glitter (real name Paul Gadd) was the most popular glam rock star in the UK. Then a string of child pornography and child molestation convictions in the late ‘90s and early 2000s damaged his reputation beyond repair and at one stage he could have faced firing squad in Vietnam for several charges laid at him while he lived there.

So comes The Execution of Gary Glitter, a fictionalised account of a trial to sentence him to death when he is arrested after his arrival at Heathrow Airport in an alternative world where the British government have restored the death penalty for serious crimes. It’s also prefaced with the words “This is a work of fiction” just in case anyone mistakes this for reality in a Brass Eye sort of way.

The Execution of Gary Glitter to Start Debate

The basis for this programme is that a couple of recent polls show that the majority of people questioned wanted the death penalty brought back for serious crimes. This mockumentary/drama aims to confront this opinion much like the similar Death of a President did with assassination of George Bush and Tony Blair during their trial for war crimes.

Glitter (here played by Hilton McRae) is perhaps the perfect choice to spark debate on this subject, as he is constantly berated in the media and is someone whose public image has sunk so low that mere sightings of him would result in lynch mobs. Although it’s very easy to say someone should be killed or sentenced to death but how many people out there would be willing to commit the deed themselves?

McRae is believable in his role, portraying Glitter as an arrogant individual who refuses to plead guilty, claims his innocence and smiles in court but also as a man fearing the end of his life.

The final half hour focused mainly on Glitter’s last days on death row before he is hanged and are emotionally challenging. The idea is not to allow the viewers to completely sympathise with the man or forget what he did but merely present him as a three dimensional human being rather than the personification of evil that’s plastered all over the tabloids.

Real people pop up to speak their mind in “interviews” with the likes of Ann Widecombe and Garry Bushell talking about the case as if it’s actually happening, throwing about phrases such as “rampant paedophilia” and complaining about liberal elites. In the court scenes Glitter’s lawyer James Carter (Adam James) however argues in his summary that even though Glitter disgusts him and may be evil, taking his life is morally as bad.

The Execution of Gary Glitter a Little too Real

Unfortunately its main strength is also its biggest downfall as this all feels a little too real especially as it uses actual footage of the real Glitter and the aftermath of the Soham murders. The latter used as the foundation of a political campaign to bring in the legislation at the centre of this story. The result is something that’s a little uncomfortable to watch, obviously an intention of the makers, and comes across as exploitative despite the important message behind it.

But as parallel universes go the one portrayed in The Execution of Gary Glitter is one of the most terrifying yet.